The General Assembly Office (GAO) serves the church by providing leadership and support in the area of governance. The GAO facilitates the General Assembly, produces the Acts & Proceedings of each Assembly, amends the Book of Forms , assists committees of the General Assembly, and responds to inquiries from synods, presbyteries, sessions and individuals throughout the year. The GAO also produces resources designed to assist the courts as they carry out the various ministries for which they are responsible.

Each year the General Assembly sends referrals to the synods, presbyteries and sessions. Referrals include items that the courts are asked to study and report back to the particular committee, reports for information and legislative decisions. There are no remits from the 2022 General Assembly.

How to Order Resources

Order print copies of the Acts and Proceedings ($45 each), Book of Forms ($12 each) and more through our online order form or send an email.

The Acts and Proceedings are the official minutes and reports of General Assembly.
Visit Acts & Proceedings web page 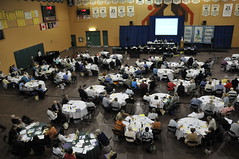 There are four “courts” in our Presbyterian system. Most of the important decisions that affect the church are made as women and men prayerfully meet to discern the mind of Christ.

The Archives documents the life and work of The Presbyterian Church in Canada by acquiring and preserving records of enduring evidential and historical value to the church. 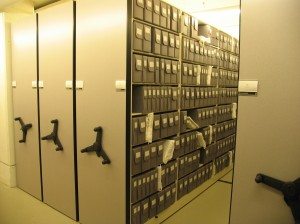 The Assembly Council is responsible for ensuring that the work of the church is carried out efficiently, effectively and within the policies established by the General Assembly. It meets twice annually and is both a coordinating and prophetic body.

Committee to Advise with the Moderator

The committee is also responsible for counting ballots for the moderator-designate and placing that nomination before the next General Assembly.

The members and the convener of this committee are named by the moderator and are usually about 6-10 people in number. The Principal Clerk serves as a consultant and the Senior Administrator of the General Assembly Office serves as secretary.

This committee works diligently to engender an interest in and awareness of our Church’s long and glorious history. It encourages congregations to properly care for their records and is available to assist congregations and others on anything to do with the history of our church.
Learn more

Committee on Ecumenical and Interfaith Relations

This committee facilitates national and international relationships of the denomination. It provides information on and coordination for ecumenical matters, maintains and strengthens relationships with ecumenical councils, committees and consultations, and articulates the church’s ecumenical vision.
Learn more

This committee discusses and reflects theologically on significant international questions with a particular focus on justice issues. As directed by the General Assembly, it communicates with the Canadian government on matters of international concern to The Presbyterian Church in Canada, and helps Presbyterians across Canada be informed and aware of important international matters for study, prayer and action.
Learn more

The Committee to Nominates Standing Committees presents a slate of names for membership on each General Assembly standing committee. Members of the church serve at the national level on committees and boards where their gifts and skills are most needed and can best be used. The committee coordinates the call for and reception of nominations from sessions, presbyteries, synods and other standing committees. It also seeks to find people who are willing to serve these church on the various committees.

For more information about the General Assembly Office or for past copies of Remits and Referrals, email Terrie-Lee Hamilton or phone 1-800-619-7301 ext. 225.