Over the years, faithful Presbyterians have left a legacy to the church through gifts from their estates. A charitable legacy gift, also called a charitable bequest, is a direction in your will that instructs your executor(s)/trustee(s) to leave one or more of your assets to a charitable organization(s). Your estate will achieve signiﬁcant tax savings from your gift.

To have the greatest impact in meeting the church’s needs in the future, gifts to your church or The Presbyterian Church in Canada or any other ministries should be unrestricted. However, if you wish to designate your gift for a specific use, we are happy to discuss that option with you. To enable the use of designated bequest funds as intended yet accommodate the unforeseen, please review our suggested bequest language.

Bulletin Insert: Legacy in Your Will

Download or order this bulletin insert that explains the basics of charitable bequests, including a case study, how to make a bequest and a list of benefits for donors.

Legacy Gift Wording in Your Will Webpage

The Last Will and Testament webpage talks about the logistics of creating and updating a will and provides sample wording to be used in your will when indicating the beneficiary of a legacy gift. 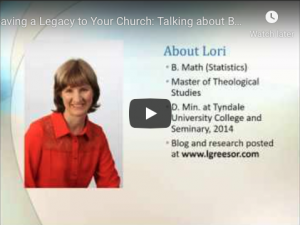 Are your church members mortal? Would receiving a bequest help your church? Do you need help broaching this topic? This webinar provides practical tools for talking specifically about bequests in your congregation.

There are many ways to make a charitable bequest that will best suit your personal philanthropic goals and financial situation. Some of the types of bequests include:

A general bequest directs that the church will receive a designated sum. You may prefer this arrangement because it is considered a primary charge against your estate, which means it will most likely be fulﬁlled. However it might be hard to decide how much you can leave, not knowing your circumstances at the time of your death.

This is an excellent alternative to the general bequest. The percentage bequest states that the church will receive a predetermined percentage of your estate (e.g. 10%). The advantage of a percentage bequest is that it keeps your gift in line with the value of your assets as they change.

A specific bequest directs that the church will receive a speciﬁc piece of property such as a piece of real estate, the stock from a speciﬁc company or some other speciﬁed property. Speciﬁc bequests are often the most tax-eﬃcient way to give to the church. You may want to consider a gift-in-kind of securities, to save the capital gain tax.
Caution: A speciﬁc bequest can be satisﬁed only with the property designated. If that property has been sold or otherwise removed from the estate, the church would receive nothing in its place.

A residual bequest designates that the church receive all or a portion of whatever remains in your estate after all named beneﬁciaries, debts and administrative fees for settling the estate have been paid. The advantage of a residual bequest is that your charitable intentions will not jeopardize the amount you want to bequeath to your primary heirs and beneﬁciaries. The disadvantage is that there may be nothing left over to fulﬁll your charitable goals.

As the name implies, this bequest is “contingent” on some event. Usually, you might make a primary bequest for a relative (e.g. a spouse or child), with the contingency that if that relative should predecease you, the bequest would pass to the church instead.

When you make a bequest to the church or other charity, your estate is eligible to receive a donation receipt for the full value of your bequest. The executor for your estate can then claim a tax credit for up to 100% of the net income on your final tax return. Any unused credits can be applied against your previous year’s income, again up to 100% of your net income. This means that you can make a significant charitable gift, and your estate and heirs reap the tax benefits of your generosity.

“… in humility value others above yourselves, not looking to your own interests but each of you to the interests of the others.”

Mrs. Lake, a widow, left $100,000 to the church and the remainder of her estate to her two children. In Mrs. Lake’s case, the entire bequest amount was applied against her taxable income, which was over $100,000. The combined tax credit is 45 percent, which resulted in tax savings of $45,000. If she had left the $100,000 to her children instead of giving it to the church, taxes would have consumed $45,000, leaving the children with only $55,000, just $10,000 more than they would have received if their mother had not made her charitable bequest. In effect, $5,000 less for each of Mrs. Lake’s two children meant $100,000 available for the church’s ministry! (Special note: Tax credits vary depending on the province of residence.)

There are as many possible objectives of giving as there are ways to give. You may want to help children grow up strong in the faith; or help heal broken people; help enable a mission of the church; grow the church in Canada; fortify the church for coming challenges; cultivate new ministers; or help people struggling in far off places. Whatever your aspirations, the Stewardship & Planned Giving Department is here to help you make your legacy happen.

Looking to make a difference? The Presbyterian Church in Canada has established a number of Planned Giving Funds that reflect the mission priorities of the church. The Five Mission Priority Funds are Creative Ministry with Children and Youth, Healing and Reconciliation, Growing Churches, Partners in Mission, and Sustaining Pastoral Excellence. 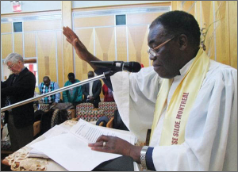 It is possible for donors leaving larger bequests (over $100,000) to establish a named fund ( a permanent endowment with the annual income available for a particular area of ministry or a fund designed to be spent down over time) Contact the Planned Giving oﬃce to learn how you could establish such a fund through a bequest or other planned giving vehicle.

A Story Worth Sharing

In 1950, Colonel J.B. Maclean, a child of the manse and founder of Maclean’s Magazine, bequeathed a portion of his family estate and 250 acres of Ontario farmland to The Presbyterian Church in Canada. He stipulated in his will that the church “maintain and develop the properties at Crieﬀ … as an example to other communities.” Today, Crieﬀ Hills Community welcomes approximately 15,000 guests each year for conferences and retreats. Colonel Maclean’s generous bequest has left a lasting legacy of spiritual growth and renewal for generations to come. 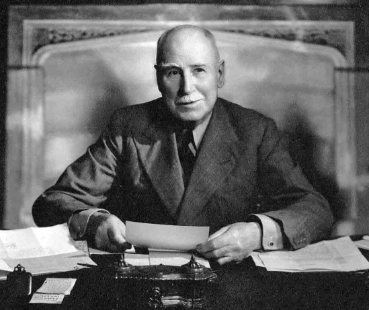 The Stewardship and Planned Giving staff are available to help you turn your philanthropic wishes into reality.

To learn how a Charitable Remainder Trust or other planned gift can leave a lasting legacy, please contact us

The information on this page does not constitute legal or professional advice and should not be substituted for appropriate professional advice. The Presbyterian Church in Canada strongly recommends that you seek professional legal and financial advice to ensure your financial situation and those of your dependents are considered; that your tax situation is reviewed; and that your legacy gift is tailored to your circumstances.