The PCC and Palestine/Israel 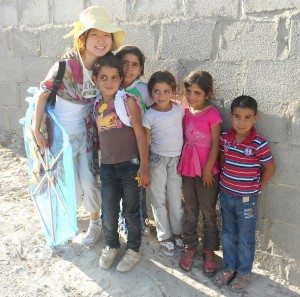 Given that the World Council of Churches has designated this week [June 4-10, 2008] as a Week of Action for Peace in Palestine and Israel, and given that next year [2009] marks the 500th anniversary of John Calvin’s birth, that this Assembly repudiate any version of Christian Zionism that implies a two covenant theology, and that it affirm Calvin’s conviction (based on Paul) that, in the words of the Westminster Confession of Faith (VII, 6) “there are not two covenants of grace differing in substance, but one and the same and under various dispensations”.

The International Affairs Committee decided to respond to this recommendation once the General Assembly had received and considered the report from the Committee on Church Doctrine on Supercessionism. That committee submitted this report to the 136th General Assembly (A&P 2010, p. 290-355).

In its report the Committee on Church Doctrine noted that the Reformed tradition has always affirmed a single covenant of grace, not two separate and parallel covenants, one for the Jew, one for the Gentile, the so-called “two covenant theory…” (A&P 2010, p. 292).

Christian Zionism is a complex and multifaceted approach to theology and biblical interpretation. It is grounded in beliefs which consider the State of Israel to be divinely ordained and scripturally determined with a central role in ushering in the end of history. The International Affairs Committee is concerned about the implications of Christian Zionism on building and achieving peace with justice between Israel and Palestine.

What Is Christian Zionism?

Christian Zionism, like most theological labels, has a variety of forms and emphases. In general the following summary is true of all shapes of beliefs gathered under the rubric of Christian Zionism. Christian Zionists hold to a view of history called dispensational pre-millennialism. This view separates history into different ages or dispensations in which different divine covenants are in effect. It also emphasizes that Christ will return prior to the millennium (1,000 years) as mentioned in Revelation 20, after which history will come to a close with a cataclysmic cosmic battle often called Armageddon.

At the heart of Christian Zionism is the belief that the modern State of Israel is divinely ordained and scripturally determined to have a central role in ushering in the end of history. The pre-condition of Christ’s return is that Jews (who have been chosen to do God’s work) must return to Palestine in fulfillment of biblical prophecies. They must establish their state in the whole of Eretz Yisrael (the land of Israel), including Jerusalem, which has been given by God to Jews exclusively as an eternal inheritance. The Jewish temple must be rebuilt in order to usher in the second coming of Christ.

Accordingly, since Christian Zionists believe that the establishment of the State of Israel in 1948 and the extension of Israel’s boundaries in 1967 are a divine fulfillment of promises to the patriarchs and a precursor to the immediate second coming of Christ, they endeavour to actively participate in bringing what they believe are God’s plans to completion by supporting the extension of Israel’s boundaries and settlements. They also encourage people to reject any peace process between Israel and Palestinians and the establishment of a Palestinian state because they believe these actions would be contrary to God’s will. In this light, all aspirations of the Palestinian people to their own country in parts of the “Holy Land” must be rejected. Christian Zionists also tend to ignore the presence and undervalue the significance of Christian Palestinians.

The working groups of the Committee on Church Doctrine and the International Affairs Committee agreed that this interpretation is at variance with the teaching of Scripture concerning both the general resurrection and judgment. In Reformed theology as expressed in the subordinate standards of The Presbyterian Church in Canada, the Westminster Confession of Faith and Living Faith, the kingdom of God is not primarily an earthly reign bounded by time, race or geography but is Good News centred in the person and work of Jesus Christ and is directed to all people everywhere. Reformed Christians generally believe that the 1,000 years mentioned in Revelation 20 are symbolic. Furthermore, the events related to and the time of Christ’s return, are the sole purview of God. The day of Jesus’ return is unknown to us and cannot be influenced through human effort. In the meantime, efforts among all peoples to express love, peace and justice in the world are the clear mandate of those who would follow Jesus faithfully.

Nevertheless, many Christians, especially in the United States, accept the premises of Christian Zionism and believe that the establishment of the State of Israel in 1948, and Israel’s capture of East Jerusalem, the West Bank and Gaza in 1967 as a fulfillment of prophecy. In recent decades, Christian Zionists have supported the settler movement and its Jewish theological supporters, both in Israel and the West as the working out of the Divine Plan, leading to the Second Coming. They play a significant role in influencing public opinion and, certainly in the United States, government policy towards Israel.

Given the implications Christian Zionism has for Palestinians, it is important to hear what leaders in the Palestinian Christian community have said about Christian Zionism and what this means for peace with justice. This is in keeping with the longstanding practice of the International Affairs Committee of listening to church partners on the ground.

The Voice of Palestinian Christians

The Jerusalem Declaration on Christian Zionism was released on August 22, 2006. The following points are taken from the Declaration. For the full statement, see Jerusalem Testament: Palestinian Christians Speak, Melanie A. May, 1988-2008, p. 123-24.1

The Jerusalem Declaration on Christian Zionism concludes with the following passage from scripture: God was reconciling the world to himself in Christ, not counting men’s sins against them. And he has committed to us the message of reconciliation (2 Corinthians 5:19).

The Declaration was signed by:

While The Presbyterian Church in Canada has not commented on Christian Zionism in the past, the church has expressed its clear support for a peace settlement based on the “two state solution” with the establishment of a sovereign Palestinian state.

Resolution 338 was passed by the United Nations Security Council during the 1973 conflict and called for an immediate ceasefire, the implementation of Security Council Resolution 242 and negotiations to bring about a just and sustainable peace in the Middle East.

Withdrawing from the Occupied Territories means an end to Israeli settlements in the West Bank, all of which must be disposed of or dealt with, within a negotiated settlement. An arrangement must be found so that Jerusalem can be shared by the two peoples and three faiths for which it is a holy city.

Then there is the question of 5 million Palestinian refugees – that is those Palestinian refugees who are eligible for United Nations Relief and Works Agency (UNRWA) services. One-third of the registered Palestine refugees, more than 1.4 million, live in 58 recognised refugee camps in Jordan, Lebanon, the Syrian Arab Republic, the Gaza Strip and the West Bank, including East Jerusalem. The future of Palestinian refugees needs to be considered in a way that fairly addresses the concerns of both Israelis and Palestinians.

In Living Faith (8.4.3, 8.5.3), we are reminded of our responsibilities as Christians to marginalized and vulnerable people:

Justice involves protecting the rights of others.
It protests against everything that destroys human dignity…
We affirm that God is at work when people are
ashamed of the inhumanity of war
and work for peace with justice.

We rarely hear the voices of courageous Israeli Jews and Palestinians (Christian and Muslim) deeply committed to peace with justice and two states living side by side in peace. These prophetic voices are marginalized in this drama. They strive to maintain a hopeful prophetic presence when there seems to be so little hope. These are voices that need to be heard.

Regrettably, Christian Zionist organizations have not demonstrated a commitment to supporting and working for peace with justice between Israelis and Palestinians. The present and future consequences of the policies advocated by Christian Zionist organizations are potentially disastrous, not only for Palestinians but also for the Jewish population of Israel itself. The only solution to this conflict that serves the long term interests of both peoples is an honourable peace, a peace that provides security and justice for both peoples.

That with an acknowledgement of the complexity of issues faced by the people of the Middle East and, in particular, by the people of Israel and the Palestinian territories, we, the 138th General Assembly affirm the right of the State of Israel and the people of Palestine to exist in peace and security while we reject Christian Zionism as a doctrinal stance inconsistent with Reformed doctrine and its emphasis on one covenant of grace for all peoples, and that we acknowledge the message of Palestinian sisters and brothers in Christ that Christian Zionism poses a significant obstacle to a just peace between Israelis and Palestinians.

Chacour, Elias with Alain Michel. Faith Beyond Despair: Building Hope in the Holy Land. Norwich, UK: Canterbury Press, 2008. Elias Chacour is the Melkite Catholic Archbishop of Akka, Haifa, Nazareth and all of Galilee. He was the recipient of the Cutting Edge of Mission—E. H. Johnson Award presented at the 135th General Assembly (2009).

Information on Companies and Church Investments

A number of Canadian companies invest in Israel. The focus of this section is companies in the defense or communications and security sectors that make products which may be used in conflict situations and where human rights may be violated. In its 2009 report to the General Assembly, the International Affairs Committee compiled information from other denominations (such as The Presbyterian Church (USA) and the New England Conference of the United Methodist Church) that are involved in dialogues with corporations regarding their economic activities in Israel, and from ecumenical partner organizations with expertise in peace and human security issues (such as Project Ploughshares). The list included 20 companies that were involved in defence related activities or in communications technologies. Based on information published since 2009, that list has been updated. It includes Canadian and American corporations (or companies with Canadian or American subsidiaries). There are 17 companies: Pratt & Whitney Canada; Northrop Grumman, Presagis, Raytheon, Alliant Techsystems, Inc., United Technologies, Boeing, Motorola, General Dynamics, Caterpillar, General Electric, MacDonald Dettwiler & Associates, ITT Corporation, L-3 Communications, Elbit Systems LTD (Israel), Subsidiary: Elbit Systems of America, Lockheed Martin, Terex Corporation.

Presbyterians may wish to find out if they own shares in any of these companies and write to them requesting information about company policies to ensure that their products are not used in situations where human rights may be violated.

The Presbyterian Church in Canada has shares in the US parent companies General Electric (GE) and Caterpillar.

The Presbyterian Church in Canada does not support general boycotts or sanctions against Israel.

The Holy Land is not only the birthplace of our faith but the current home of some of the most ancient Christian communities in the world. Hear the yearning expressed in the words of  Elias Chacour, Archbishop of the Melkite Catholic Church for Akko, Haifa, Nazareth and all Galilee and recipient of the Cutting Edge of Mission—E. H. Johnson Award in 2009:

You Westerners have been coming to the Holy Land for centuries to visit the shrines, the dead stones. But you do not see the living stones – the human beings who live and struggle before your eyes. I say ‘Wake up!’ What matters are the living stones!”

If you are planning a visit to the Holy Land consider:

“The Cradle of Our Faith: The Enduring Witness of the Christians of the Middle East,” Louisville: The Presbyterian Church (USA), 2008.

Tikkun, May/June 2008 edition, www.tikkun.org. Tikkun (Hebrew for healing) is a bi-monthly magazine dedicated to healing and transforming the world. Its editor is Rabbi Michael Lerner.

B’Tselem: The Israeli Information Centre for Human Rights in the Occupied Territories, www.btselem.org