Many Canadians have generously made planned gifts to help their church and community. Learn more about these generous givers.

Two Permanent Endowments That Are Making a Lasting Difference 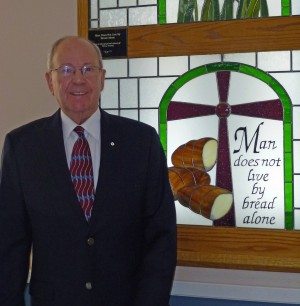 From March 9-10, 2013, I visited St. John’s Presbyterian Church in Medicine Hat, Alberta, where my longtime friend, Rev. Dr. Nancy Cocks, is ably ministering. My weekend there was typical in format. On Saturday, I led a workshop on planned giving for the Session and Board of Managers, and then on Sunday I preached on planned giving during worship and made a PowerPoint presentation at a congregational luncheon following worship. After the luncheon presentation, in which I talked about the lasting impact endowments can have in the life and ministry of a congregation, Jim Horsman, who is a member of St. John’s, introduced himself to me. Jim wanted to share a story from his years in public service.

Jim represented Medicine Hat for five terms as a member of the Legislative Assembly of Alberta from 1975-1993. As an MLA, Jim served in several different ministry portfolios, but what he remembers with the greatest satisfaction happened while he was serving as the Minister of Advanced Education and Manpower (now called the Minister of Enterprise and Advanced Education). Under Jim’s visionary leadership, the government of Alberta established the Alberta Heritage Scholarship Fund with $100 million transferred from Alberta’s Heritage Fund. The Scholarship Fund was set up as a permanent endowment with the income generated providing scholarships for high school, college and university students to encourage them to stay in school and pursue higher education.

Jim noted that the idea for offering scholarships to high school students as they complete each year of their high school education originated from a suggestion by his wife Betty, a high school teacher in Medicine Hat, during a family dinner conversation. Reflecting on the way a casual dinner conversation could have such a far reaching impact, Jim exclaimed, “You never know, do you!”

Since its inception in 1981, the Heritage Scholarship Fund has grown to $769.5 million from growth in the invested capital and additional contributions from the government and private sectors. During those 32 years, $520 million has been disbursed for over 294,000 student scholarships. And the fund will continue to generate enough money to provide thousands of scholarships each year in perpetuity. No wonder Jim looks back with such satisfaction on the part he was able to play in establishing the endowment! What a wonderful legacy! 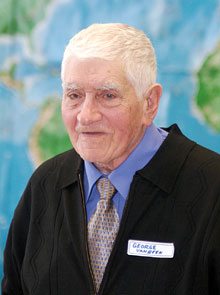 While Jim Horsman was actively working to help establish the Alberta Heritage Scholarship Fund, another Presbyterian, George van Beek, was also working to establish an endowment fund of his own for The Presbyterian Church in Canada while he was serving as the clerk of Session for St. John’s Church in Cornwall, Ontario.

An engineer by profession and an entrepreneur in spirit, George was frustrated by the way Presbyterians tend to do the same ol’ thing over and over again, whether it bears fruit or not. And so, in 1981, with some encouragement from his minister Fred Rennie, George established the Experimental Fund with an initial gift of $5,000 worth of stock. Like the Alberta Heritage Scholarship Fund, the Experimental Fund was designed as a permanent endowment with the annual income earned from the invested capital to be used to provide grants to encourage congregations, presbyteries and other agencies in the church to launch out in creative, new ministries. George’s will stipulated that the name of the fund be changed to the Avondbloem Experimental Fund after their deaths. “Avondbloem” means “evening flower,” and refers to a flower that blooms in the afternoon and evening—an apt name for a fund that George began after he retired and a beautiful symbol for the many ways we can continue to make significant contributions to the church and its ministry in our senior years. 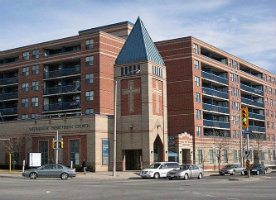 You probably have never heard of Isabella Walton before, but the members of Westminster Presbyterian Church in Scarborough, Ontario, certainly have; for without Isabella there wouldn’t be any Westminster Church. One hundred years ago, Isabella started a Sunday School class for the kids in her rural community in Scarborough. She called her group the Sunshine Mission Band, and they met in the kitchen of her farmhouse. It wasn’t long before the group outgrew Isabella’s kitchen, so with the help of the surrounding community she scraped the funds together to build another clapboard building on the property for her growing Mission Band. That building eventually became Westminster Presbyterian Church after Isabella deeded her property to The Presbyterian Church in Canada. 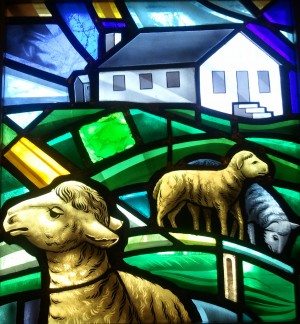 Today the clapboard building no longer stands. It has been replaced by a unique facility called Walton Place which houses the Isabella Walton Childcare Centre (an enduring testimony to Isabella Walton’s love of children), a 104 unit apartment building and Westminster Church itself. To mark the one hundredth anniversary of the start up of Isabella’s Sunbeam Mission Band, the church started another children’s band, this one musical, that they called the iBeams. I love that name. First it was the iPod, then the iPhone, then the iPad and now… the iBeams! Who knows maybe someday soon you’ll be able to download iTunes from the iBeams!  Isabella Walton died back in 1961, but her light continues to shine more than 50 years later in the congregation founded through her faith and generosity.

By the way, the clapboard building she had constructed on her property is still visible, not in wood, but in glass – stainedglass. It’s pictured in a stained glass window that shines its light into Westminster’s sanctuary during the day and out onto the street at night. I saw the window when I toured the church facility.  My tour guide pointed out the structure, which had been memorialized in one of the stained glass windows. Pointing out the building, he invited me to look a little closer. “See that little structure right behind the building?” “Yes,” I said. “What is it?”  “That’s the outhouse!” he said with a laugh. And then he added, “As far as I know that’s the only outhouse pictured in a stained glass window anywhere in Canada, maybe the world!”  Then we both laughed.

Yes, Isabella Walton’s light continues to shine 50 years after her death and will continue to shine far into the future, an enduring testimony to her faith and generosity.

It’s always nice to hear Mr. Smith’s cheerful voice on the other end of the line (Mr. Smith is not his real name.  “The Smiths” prefer to remain anonymous.) He has been calling the Planned Giving Office over the years to request a transfer form to make their regular gift of stocks for the church. But about a year ago, his call wasn’t simply to request a form to make their annual contribution.  He wanted to make a substantial legacy gift to the Presbyterian Church in the small town in which he and his wife were raised.   Mr. Smith explained that although they have since moved to the Toronto area, they haven’t forgotten the church community that nurtured them in their faith: “That’s where we were both baptized and where we attended Sunday School.  Our wedding was there, too.  It still has a special place in our hearts.” They have been blessed financially and want to give back to God and the church. Giving is an important part of their faith and it’s deeply rooted in them. As children they saw how intentional their families were about giving. Beautiful memorial stained glass windows were given to the same church from their respective families.  Mr. Smith told me that he and his wife wanted to give $200,000 of their stock portfolio to help maintain the church facility so that the light of God’s love will continue to shine into the community through those stained glass windows.   I remember saying, “How generous of both of you!”

A gift agreement contract was soon finalized and signed between the Smith’s and the PCC, establishing a twenty-year fund to maintain the church building and make needed repairs. Then they simply instructed their broker to transfer the stocks to The PCC’s broker. After The PCC received the stocks, I mailed the Smiths a tax receipt for the full market value of the stocks; and since the stocks were given directly to the church, all capital gains taxes on the securities were completely eliminated. The proceeds from the sale of the shares totaled over $210,000, so the extra money was sent to the congregation for its immediate needs and the remaining $200,000 invested in the PCC’s Consolidated Portfolio. In January 2012, it was my happy task to send the church treasurer the first year’s installment of $10,000.  The fund’s annual disbursements over the next twenty years will help ensure that the congregation continues to have a vital presence in the community so that future generations of children can grow in faith and God’s love will continue to shine brightly on them through the beautiful stained glass windows!