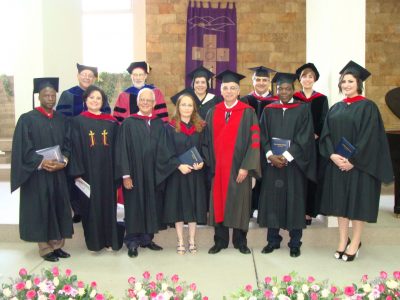 The Near East School of Theology, known as NEST, is located in Beirut, Lebanon. A long-standing partner of The Presbyterian Church in Canada, this small Reformed theological institution trains 90% of the protestant pastors in the Middle East, keeping alive the faith in the region where Christ was born and taught. Its commitment to excellence in teaching and scholarship attracts talented young women and men for leadership in their church and creates Christian community in a minority environment. In a region with collapsing economies, a record numbers of refugees without safe haven and violent clashes in many cities, it is a beacon of hope.

News broke on Tuesday, August 4, that a large fire in the Port of Beirut led to a devastating chemical explosion that resulted in extensive damage over much of the capital, along with the deaths of at least 137 people, the injury of 5,000 others and the displacement of some 300,000 people.

The massive chemical explosion has affected almost everyone in the city, including all eight floors and two basements of the NEST building, the glass windows, doors, panels as well as the internal wooden doors were completely shattered. Employees and workers of the school, along with a number of volunteers, have been working tirelessly since the explosion occurred to try and clean up the debris in the building. However, despite the dedicated efforts of staff and volunteers, extra hired help has had to be brought in to assist with the cleaning process, and the repair work will be financially difficult.

During this worldwide crisis, Dr. George Sabra, President of NEST, reports that the devaluation of the Lebanese currency and border restrictions and fear which will reduce the number of international students, has put the seminary in a precarious situation. But he added: “We have hope that we can pull through with God’s help and the support of our network of friends. After all, this institution made it through two World Wars and crises in the region, including a 15-year-old war in Lebanon.”

We can help NEST continue to shine the light of Christ in a troubled world.
International Ministries will match your gifts, both large and small, up to $50,000.