Toward a World Without Nuclear Weapons

Toward a World Without Nuclear Weapons

An Interview with Cesar Jaramilo, Executive Director of Project Ploughshares

Project Ploughshares is the peace research institute of the Canadian Council of Churches. It works with churches, governments and civil society, in Canada and abroad, to advance policies and actions to prevent armed conflict while building peace. The Rev. Matthew Lingard is the minister at Trinity Presbyterian Church in Hamilton, Ontario, and represents the PCC on Project Ploughshares’ Management Committee. Earlier this month, Matthew interviewed Project Ploughshares’ Executive Director Cesar Jaramillo about the need for global nuclear prohibition and how churches can support this vital step toward a world without nuclear weapons.* 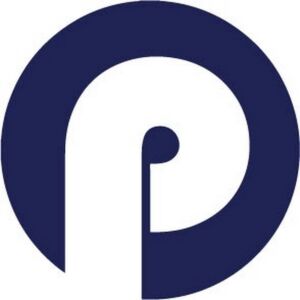 Matthew: Cesar, what is the objective of nuclear disarmament, and why has it seen a resurgence of support?

Cesar: The objective of nuclear disarmament is to create policies with specific measures domestically and internationally that will help us get closer to a world without nuclear weapons. Why is this a priority? Because there is no question that nuclear weapons are the most destructive instruments ever conceived, and that they pose an existential threat to humanity.

I want to emphasize that this is not a matter of opinion or interpretation, but that authoritative experts from around the world agree that there is a real risk that nuclear weapons might actually be used by accident, miscalculation or even by design. And some experts refer to the reason that they haven’t been used intentionally since Hiroshima and Nagasaki 76 years ago as “sheer dumb luck.” By logic, probability and human folly, and with the risk of increased political tensions, it is very unlikely that this luck will last in perpetuity. Deterrence offers a very fragile safety net for such a threat.

With the United States and other NATO states on one side and Russia on the other, the sides possess more than 95% of the world’s nuclear weapons. In addition, dozens of nuclear warheads are stationed in the territories of five other NATO members.

Today, the primary risk of nuclear warfare use lies in the escalation of a conflict initially fought with conventional weapons. While it is hoped that nuclear weapons will not be introduced in the Ukraine context, such is the nature of escalation: unintended outcomes can be reached.

The gravity of the threat, coupled with the fact that we have not gotten any closer to a world without nuclear weapons, is ultimately the basis for the desire of their elimination, and has caused a renewed urgency in the minds of many in the international community to see this happen. This renewed urgency has led a number of non-nuclear states to sign an internationally binding agreement called the Treaty on the Prohibition of Nuclear Weapons (TPNW) . Before this treaty, every category of weapons of mass destruction but nuclear weapons had an explicit prohibition under international law. While there is optimism about the progress that the TPNW brings, it needs to be tempered by the fact that nuclear weapons-holding states have dug in their heels and are actively opposing the efforts of the TPNW. Not only are they undermining the TPNW effort, but at the same time, they are also modernizing their existing nuclear arsenals.

Matthew: With this renewed urgency around nuclear disarmament in the international community, why has Canada been conspicuously inactive on this issue?

Cesar: That’s a great question, and one that Project Ploughshares struggles with quite a bit. Canada—at least on paper—is very well positioned to have a leading role in this process [nuclear disarmament], as a member of pretty much every influential international group (e.g., G7, G20, the Nuclear Suppliers Group, the UN Conference of Disarmament, etc.), along with being a nation that has garnered a well-earned international credibility with peace-keeping efforts and the like. However, there is a big impediment with Canada being a member of NATO, which is a military alliance that holds the maintenance of nuclear weapons as a central component of their collective security strategy. So, Canada, at this point, is unfortunately more closely aligned with the states that have nuclear weapons than the growing number of states in the international community that are demanding nuclear disarmament.

I would encourage all people to become more informed. The World Council of Churches, the Canadian Council of Churches and other ecumenical organizations have been present through the formulation and implementation of the Treaty on the Prohibition of Nuclear Weapons, so following and supporting these groups is a great way for individuals to stay up-to-date on what is happening both on an international and domestic level.

A common misconception when looking at the international landscape is that there are two groups; the few that have nuclear weapons and everyone else who does not. There is a very important third group, and it is the nuclear-dependent states, like Canada. Not only is this group influential as “middle powers,” but they also give cover to nuclear-weapon states when they justify the reasons for their continued possession [of nuclear weapons]. Nuclear states then get away with saying, “Well, these other nations are asking us to have them, so we are not holding on to them just for our own sakes, but for their protection as well.” Therefore, nuclear-dependent nations like Canada effectively legitimize nuclear deterrence as a valid security doctrine.

Matthew: How can we respond to this existential threat?

Cesar: I would encourage all people to become more informed. The World Council of Churches, the Canadian Council of Churches and other ecumenical organizations have been present through the formulation and implementation of the TPNW, so following and supporting these groups is a great way for individuals to stay up-to-date on what is happening both on an international and domestic level.

There is also the possibility of direct engagement with the government both as individuals and as faith groups. Recently, the Canadian Council of Churches has written to the Prime Minister and the Minister of Foreign Affairs, urging progress on this issue, specifically [asking] Canada to consider attending the first meeting of State Parties to the TPNW that is taking place in Vienna, Austria, from June 21 to 23, 2022. Individuals are encouraged to do this, too, so that the growing number of voices will push the government to action.

Matthew: Cesar, thank you so much for the work that you do with Project Ploughshares and the voice that you have in the international community to put forward a vision of a world without nuclear weapons.

*The 2018 General Assembly adopted a recommendation in support of the Treaty for the Prohibition of Nuclear Weapons.