Easter Message from the Moderator

Easter Message from the Moderator

This is the good news that has been proclaimed to us, which we received, in which we trust, and through which we are being saved, as the Apostle Paul explains in 1 Corinthians 15:1–11. Paul writes: 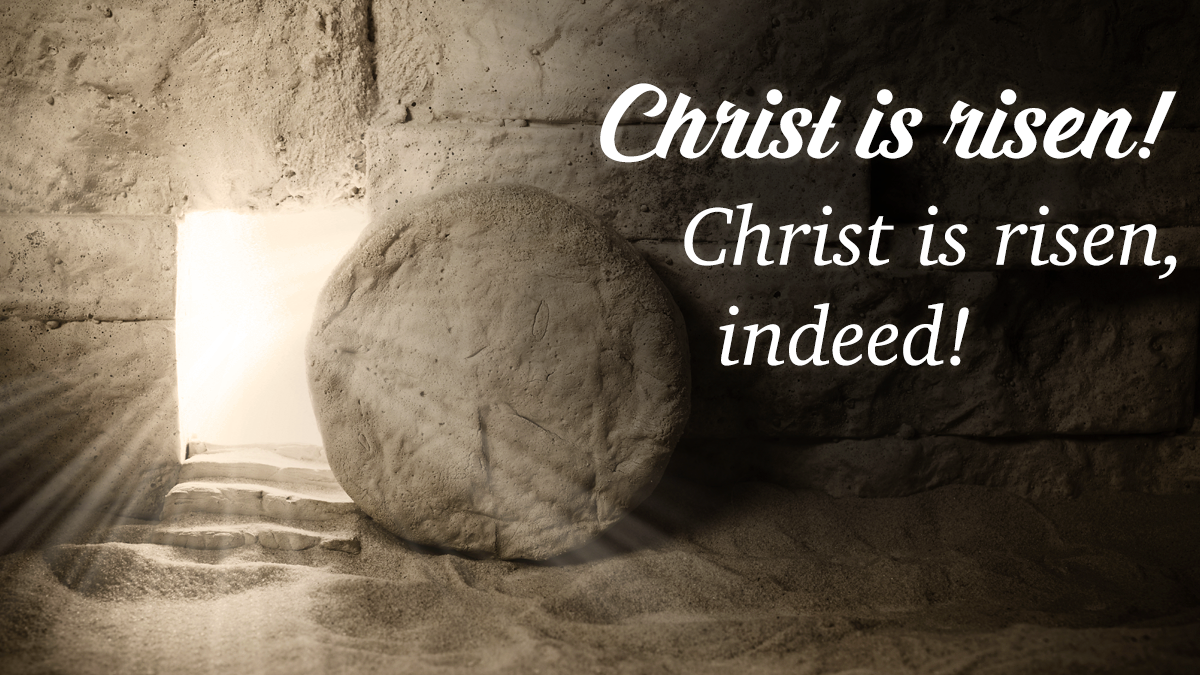 But every third Easter Sunday or so, we may hear the Resurrection story as recounted in the Gospel of Mark. Through it, we enter into the experience of Mary Magdalene, Mary the mother of James, and Salome, as they rise very early on the first day of the week and go to the tomb of Jesus. Their intention is to perform a final act of service and care for their friend, having bought spices to anoint him in his final resting place.

The women wonder how they will manage to roll away the stone from the entrance, but when they arrive they find that it is already rolled back. Instead of finding the body of Jesus, they find a young man sitting inside the tomb and they are alarmed. They do not call out in joy and gladness, “Christ is risen! Christ is risen, indeed!” but instead they are silent. The young man explains that Jesus has been raised and is no longer in the tomb. And he asks the women to go and tell the other disciples that Jesus will meet them all in Galilee. The story ends with the women running away, overcome by terror and amazement. Instead of rejoicing or telling the good news, they say nothing to anyone, for they are afraid.

In a pastoral reflection on this passage, D. Cameron Murchison imagines the thoughts and feelings of the women when they went to the tomb. Although these friends of Jesus are obviously sad and grieving, Murchison notes that dealing with death is complex. While grief is in the forefront, “other, less mentionable feelings swirl through the experience as well—relief, to name one. For the things that lead to death frequently place heavy burdens on those who only stand and wait… As deeply as grief may go, certain gains accompany the loss that death brings. Though we are generally disinclined to publicize it, we are often relieved as well as grieved when death comes.”i

For Salome and the two Marys, Jesus’ death meant the end of his suffering, the end of fear and anxiety for his followers, and the end of the uncertainty and risk involved in following him and being a part of his company. This is not to say that they didn’t love him or that they were not devastated by his loss, but after this one final act of service and care for his body in the tomb, he would rest in peace and they would return to their normal lives.

Perhaps they would be able to forget about the kinds of things Jesus challenged them to do every day—when he looked at the hungry crowds and said to his disciples, “You give them something to eat”; when he said that his followers must sell what they own and give the money to the poor; when he taught them that whoever wants to be first must be last of all and servant of all; when he told them that following him would mean denying themselves and taking up their crosses.

Murchison writes that perhaps, “They had approached the tomb with a reverent grief, masking a deep relief that they were no longer burdened with the challenge of costly discipleship. They had begun to see the gain in the loss, only to be upended by the announcement: ‘He is not here…he is going ahead of you to Galilee.’”ii

I wonder if you have experienced something like that feeling at the cancellation of a meeting or event during the COVID-19 pandemic. Undoubtedly, you’ve been disappointed by many of the plans that have needed to be abandoned or postponed. But I expect in a few cases, there has also been a sense of relief.

Maybe it was the event you knew was going to be a huge amount of work to organize and prepare for. Perhaps it was something you were only planning to attend in order to please someone else. Maybe it was an extended family gathering that was likely to be uncomfortable and difficult. Perhaps it was an encounter that you expected to be conflictual and stressful. “We can’t go ahead with that plan because of the pandemic,” someone said, and you thought, “Oh thank goodness, it’s cancelled.”

I’m sure that there are some Presbyterians who felt that way about the cancellation of the 2020 General Assembly, and I can understand that feeling. I’ve never been the kind of person who calls in sick when I’m feeling nervous about dealing with a difficult issue or having a sensitive conversation, but I have experienced that sense of relief when the presbytery meeting is postponed because of a snowstorm, or the other person bows out of the meeting where we were going to talk things through. Thank goodness, it’s cancelled.

The global pandemic is not yet resolved and the Assembly Council made the difficult and courageous decision to go ahead with an online Assembly in June 2021. No, we’ve never done it this way before, and there will be a lot of work involved in ensuring that every commissioner is well-equipped for full and active participation in this important meeting. But the decision was made after consideration of feedback from presbyteries across the country, and with the knowledge that we have adapted well to many things over the last year and that we can benefit from the experiences of other denominations that have already ventured into online assemblies.

I am also aware that it’s not only the online format that is making many of us nervous. Folks are worried about the sensitive and important decisions that may be considered, including voting on Remit B and Remit C concerning same-sex marriage and the ordination of LGBTQI individuals who are either single or married. While some are anxious for these questions to be settled, others are fearful about what the conclusion may be and how they or their congregations will live with the result.

The disciples, as we get to know in Mark’s gospel, constantly struggle with fear. Even as they witness the love and power of God made present in Jesus, they cannot see or imagine how Jesus’ humble service and self-giving love will ultimately usher in the Reign of God in the world. Indeed, on the first day of the week, when the women at the tomb get the news that Jesus has been raised, the story ends with them running away, giving in to their fear.

But we know that’s not the end of the story. We came to know and follow the Risen Christ because the disciples did go and tell the other disciples. And together, in the power of the Holy Spirit, they told the world. Remember that passage I started with from the Apostle Paul? “For I handed on to you…what I in turn had received: that Christ died…and that he was raised…” God’s plan to conquer sin, death and hatred with the power of goodness, love and life was not cancelled, and his followers were sent to participate in the risky, difficult and wonderful work of proclaiming and enacting that love in the world.

The COVID-19 pandemic has prompted a lot of fear, but it has not stopped the church from continuing Christ’s ministry and mission in the world. We have developed creative and courageous ways to keep on enacting God’s love and telling the good news that “Christ is risen! Christ is risen, indeed!” Well done, friends! Thank you for your faithfulness, for your generosity, and for your courage as you have been going and telling the good news in these fearful and uncertain times. Let’s enter into the 2021 General Assembly with that same courage and trust that God is with us and God has good plans for us. It’s not cancelled, so let’s pray for the church, pray for the commissioners, pray for the Moderator, and pray for the Holy Spirit to guide and equip us for our mission together.

—The Rev. Amanda Currie
Moderator of the General Assembly