A Weekend of Learning: A Time for Hope

A Weekend of Learning: A Time for Hope 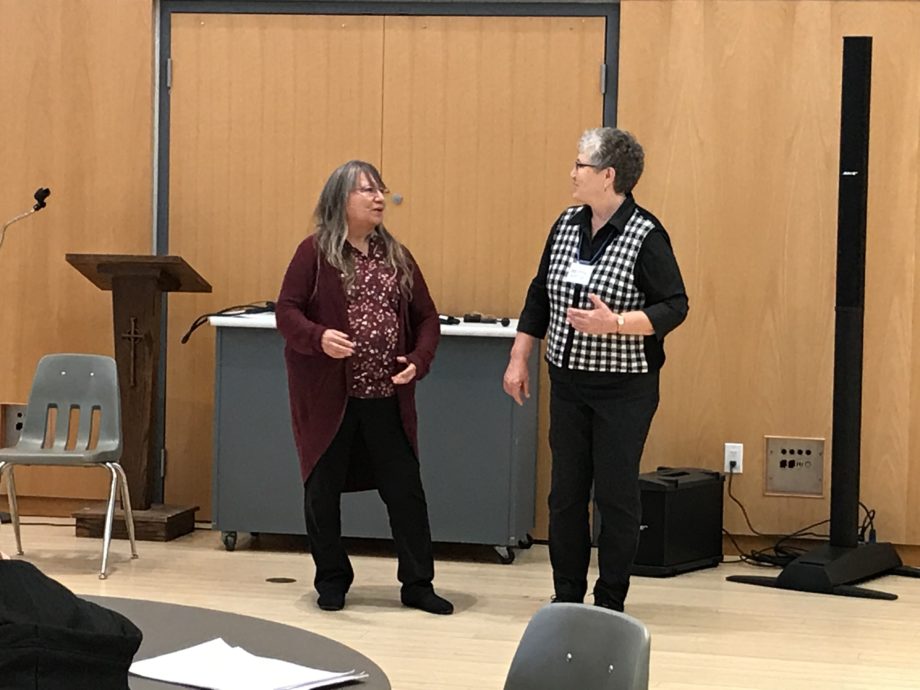 In October, my home congregation, Knox Presbyterian Church in Waterloo, committed to a weekend of listening, learning, and action through a workshop and service centered on reconciliation with Indigenous people. The weekend was organized by the newly formed “Reconciliation Initiatives” committee that felt this was the next natural step for the congregation. After sending four groups to Winnipeg Inner City Missions over the years, and inviting several Indigenous guest speakers to church, it was time for action within the local community and within our entire congregation.

Saturday morning began with guest speaker Sherlene Bomberry from the Woodland Cultural Centre, the site of the Mohawk Institute residential school in Brantford, Ontario (1885-1970). Sherlene spoke of her incredible journey navigating the grief and guilt that came with attending residential school, particularly the effects of having multiple members of her family attend residential school across generations. Although there were moments of sadness in her story, she left us with a powerful message: don’t let the anger of the past win. Sherlene told us that for a long time she held on to the anger that came with her residential school experience. However, with time, support and a lot of effort she has been able to slowly let those emotions fade and let hope and optimism lead the way. She encouraged us to do the same when thinking about the history of the church and colonization—let the guilt of the past go, and instead work to move forward in a better way.

After her talk, many people approached Sherlene with questions and comments and were met, without fail, with a warm embrace. Sherlene’s resiliency and kindness were truly inspiring that morning and helped us reflect on our personal journeys with reconciliation.

“It’s always easy to brush the problem off because you don’t know anyone that has been affected,” shared one congregation member. “Now that we can put a face to a name and remember her story, we can’t just sit around and do nothing.” 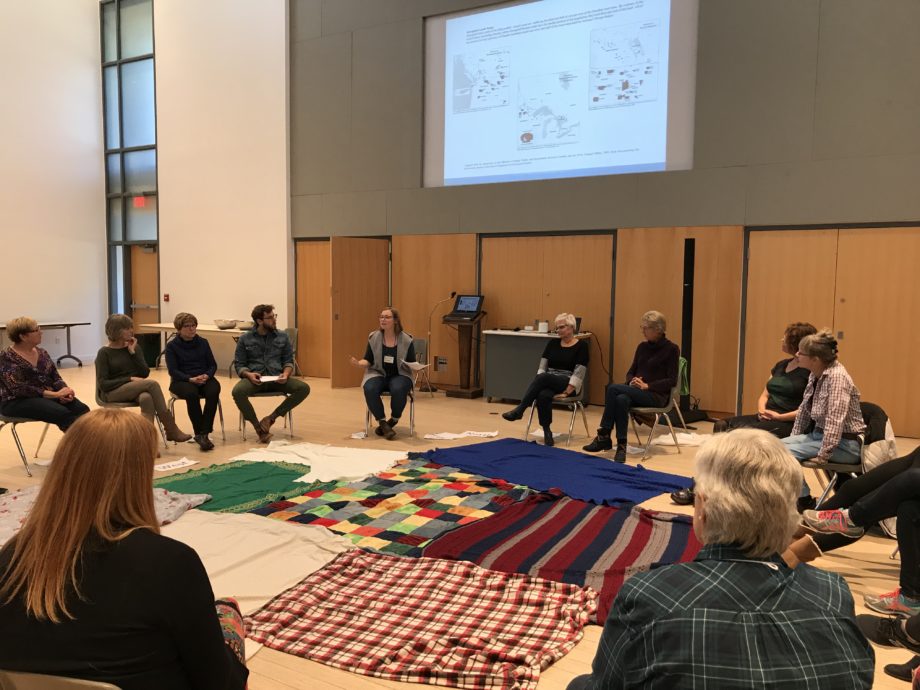 Later that day, about 30 members of the congregation and community participated in the KAIROS Blanket Exercise—an experiential learning activity designed to tell the history of Indigenous and non-Indigenous relationships within Canada. The Blanket Exercise talks about the effects of the Indian Act, the Indian Residential School system, Sixties Scoop and other aspects of colonization.

Following the Blanket Exercise, a time of reflection brought forth many ideas of how we can continue to make reconciliation a part of our church and community through educating ourselves and others. Several participants shared how they wanted to begin educating their own children or students that they teach about these topics through sharing books by Indigenous authors or going to events in the community. A common theme in our debriefing was the feeling of wanting to tell others about the exercise, the emotions that came along with it, and the information they learned that day. It was clear that everyone felt the messages from the day needed to be shared with others.

The weekend concluded with a church service on Sunday devoted to reconciliation and recognizing the PCC’s confession regarding the church’s role in residential schools. Our service began with honouring the traditional territory of the Anishinaabe, Haudenosaunee, and Neutral peoples followed by a prayer acknowledging the four directions and Indigenous ways of knowing. The service was interwoven with songs from Mino Ode Kwewak N’gamowak—the Good Hearted Women Singers—a drum circle group from Waterloo.

The morning provided a time for reflection on the church’s relationship with Indigenous people, past and present. 25 years ago the Confession of the Presbyterian Church in Canada was presented to Phil Fontaine, the National Chief of the Assembly of First Nations, and for the first time at Knox, Waterloo the entire Confession was read aloud to the congregation. Creating space for the Confession to be read aloud and acknowledged by everyone present was an important moment. Bearing witness to the statement helped Knox to remember that there is still a lot of work to be done. The words read aloud were not solely applicable 25 years ago. They remind us of the ongoing relationship we need to continue building with Indigenous peoples and this was a message that everyone in our congregation needed to hear.

A call to action also came from guest speakers Ellie Joseph and Jay Bailey, organizers of the Two Row on the Grand, a 9-day canoe trip along the Grand River that honours the Two Row Wampum treaty and brings Indigenous and non-Indigenous community members together for a time of bonding and learning in nature. Their message encouraged us to seek ways to build authentic relationships with our Indigenous neighbours, and take action through events like this. Knox plans on sending several members to take part this summer.

The conclusion of our service was a special moment. Before the final song, one of the leaders of Mino Ode Kwewak N’gamowak said, “I heard about hope today…I heard about relationships, and I heard about action.” She then invited everyone to join them up at the front and play along with drums and shakers as we sang the Mohawk Friendship Song, a traditional round dance song. As we felt the pulse of the song and played along I couldn’t help but smile and close my eyes. This service was about relationships. Through listening and sharing—stories, experiences, and music—our congregation was able to gain a new level of understanding and gain a different perspective.

Reconciliation is a big word that sometimes seems impossible to make come true. When I opened my eyes to sing the final verse of the song, I was filled with emotion. I looked to the far left aisle in the sanctuary to see a group of about five congregation members holding hands, moving side-to-side, toe-tapping around the sanctuary. As they moved past each of the pews, folks slipped out and join their hands together, joining in the traditional round dance that was meant to accompany this song. This was reconciliation in action. Memories were being made, relationships being formed, and a commitment being made. This was a step in the right direction.