Facing Fears and Hopes in a Time of Climate Crisis

Facing Fears and Hopes in a Time of Climate Crisis 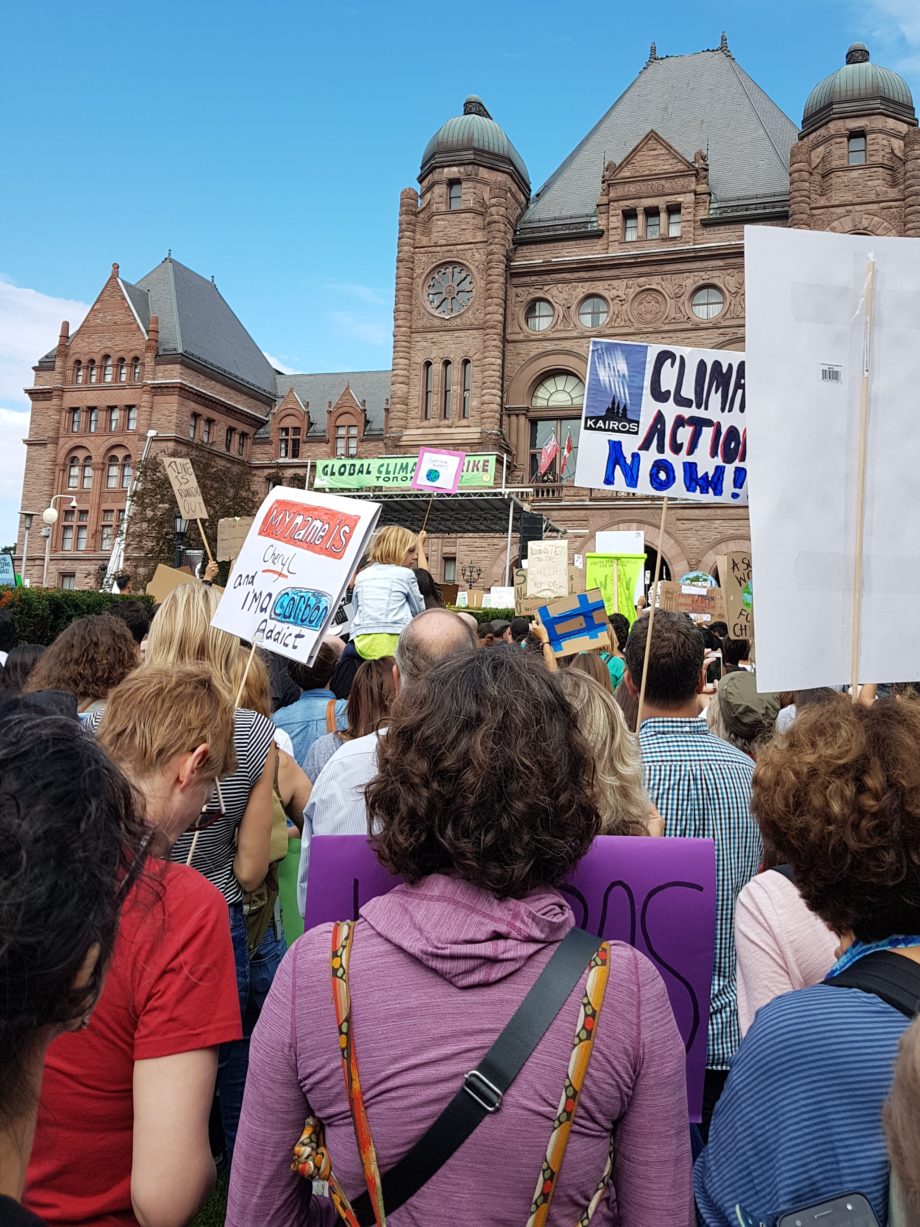 Over the past year, a new wave of activists for climate justice has emerged. Youth around the world have been organizing school strikes to draw attention to the urgent need for politicians to take aggressive steps to slow the human impacts on climate change. These young activists have heard the alarms raised by the recent reports from the Intergovernmental Panel on Climate Change and the Intergovernmental Science-Policy Platform on Biodiversity and Ecosystem Services . Their message is clear: if we do not change the ways that humans live, we will continue to put all living beings in danger.

In many of my recent conversations with friends about these reports, we’ve shared feelings of underlying anxiety about climate change. What if it’s too late? What if people continue to use and abuse creation without regard for the cost? In times like this, finding community can be a salve and a source of hope.

During the climate strike on September 27, I joined with friends from KAIROS among thousands who marched in downtown Toronto. One of the strengths of the climate strike was that it was a chance for participants to be reminded that none of us have to do the work of activism or advocacy alone. Not only was I surrounded by people from across generations, but those of us who were striking in Toronto were also connected to all of the people who took part in local strikes across the globe. A global strike has the power to remind us that the cost of our actions – and our inactions – is not just local. We are inextricably connected to the rest of God’s creation, human and non-human. Our wellbeing depends on how we care and work for the wellbeing of the rest of creation, and vice versa.

While I was at the strike, Allyson led a teach-in for staff back at the PCC’s national office about the origins of the current climate justice movements, why churches should care and how they can have a positive impact. Since then, she has also recorded the teach-in as a webinar . Consider hosting a climate conversation with members of your congregation where you watch the webinar and discuss ways to address climate change in your community. What fears or hopes do you share about the future of climate justice?

The conversations we will have in the coming months about our hopes and fears for our shared future will determine how well we can adapt our behaviours to have a chance at slowing the rate of climate change. Before the march in Toronto, the youth who spoke issued an important reminder that we especially need to listen to those who experience the effects of climate change first, and the hardest: Indigenous peoples, migrant workers and climate refugees. A future that involves a just approach to climate change must also seek to redress social and economic injustices.