Prayer for Justice for Missing and Murdered Indigenous Women and Girls

Prayer for Justice for Missing and Murdered Indigenous Women and Girls 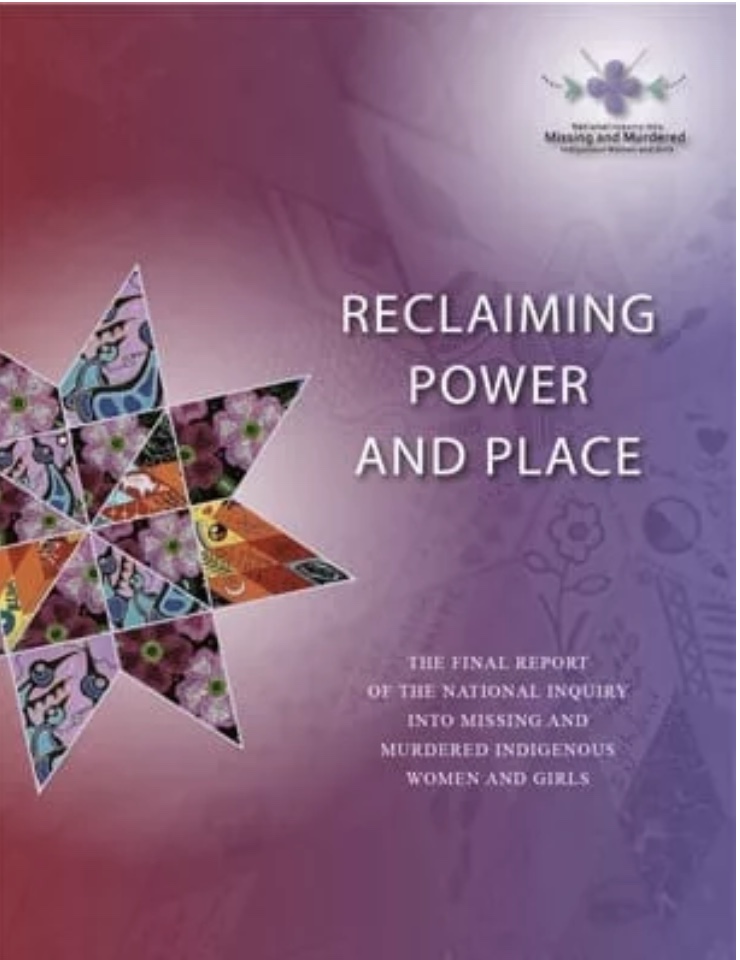 The Final Report of the National Inquiry into Missing and Murdered Indigenous Women and Girls, Reclaiming Power and Place, came out on June 3, 2019. The detailed report compiles the testimonies of more than 2,380 survivors of violence, family members, Elders, Knowledge Keepers, Expert Witnesses, front-line workers and officials and concludes that the violence they described amounts to race-based genocide of Indigenous peoples, especially targeting women, girls and gender diverse people.  It identified “four pathways” supporting colonialism, racism, and oppression that maintained the potential for the violence the report describes:

The report concluded that “the more these four pathways intersect in an Indigenous person’s life, the more likely they are to experience violence.”[ii]

The National Inquiry issued a significant number of Calls for Justice along with their final report.  Justice Ministries and the National Indigenous Ministry Council (NIMC) will release a series of resources to help people and congregations engage Reclaiming Power and Place over the next several months. Presbyterians are encouraged to read the National Inquiry’s final report and to pray for justice, reconciliation and peace.

[ii] “Reclaiming Power and Place: Executive Summary of the Final Report of the National Inquiry into Missing and Murdered Indigenous Women and Girls” p. 11.

Prayer for Justice for Missing and Murdered Indigenous Women and Girls, their Friends and Families

By Justice Ministries, in consultation with members of the National Indigenous Ministry Council

We know that this land is not safe and violence is prevalent for many people including Indigenous women and girls. We seek your guidance as we study the National Inquiry’s report. We remember the families of those who are mourning loved ones who have been murdered and also those who are seeking answers for family members who are still missing.

Your word teaches us your love, reflected throughout Scripture, and we hear your prophets crying that love and justice flow together. We have before us now difficult words to hear and hard truths to see. We are grateful and acknowledge the difficult work that went into creating the final report of the National Inquiry into Missing and Murdered Indigenous Women and Girls, and for the courage of those who shared their stories. We acknowledge that it calls us to understand where we—as a church and nation—have failed in our responsibility to shape relationships and structures that live out the love you intend for all creation. We have failed to recognize and challenge structures and practices that have enabled violence and death. The full number of those who have gone missing or been murdered is known only to you, Sustaining God, and you know the depth of pain experienced by the families, communities, and friends grieving their loss. You have called us to reconciliation. You have called us to love justice and to open our hearts to our brothers and sisters facing violence and genocide. Open and prepare our hearts, our eyes, our ears and our understanding to learn the difficult truths of this report and give us the courage and will to allow it to inform our actions and change our relationships with Indigenous peoples.

In your holy name, we pray,