Wrapping Things Up at General Assembly

Wrapping Things Up at General Assembly

Reflection from the Moderator

The Rev. Amanda Currie gave an opening reflection, speaking of her experiences in an inter-church marriage, discovering what was different and what she and her husband held deeply in common. She expressed a desire for us all to make space for our diversities, to be blessed by our differences, to be united. “We are one in Christ.” 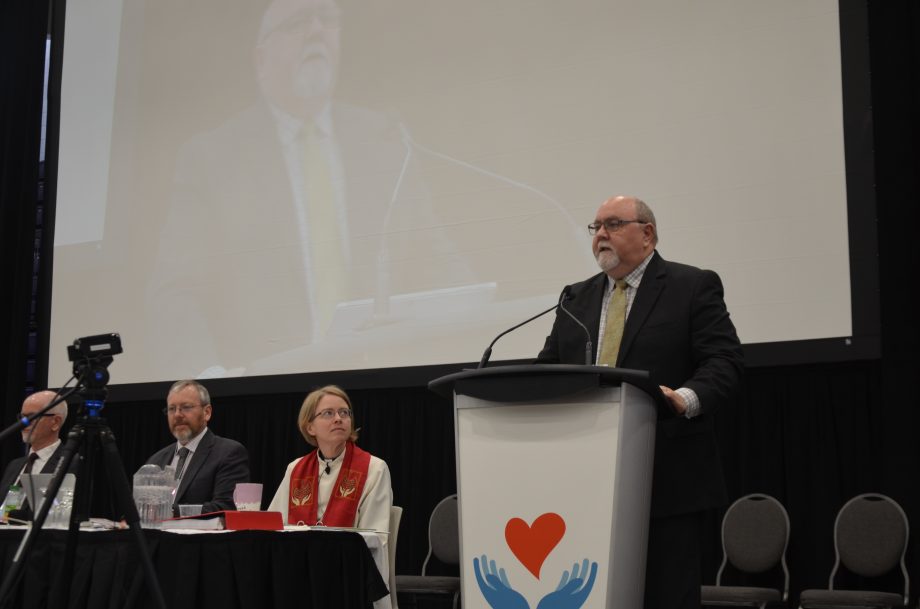 Kerry Rice, a ruling elder and long-time employee of the Presbyterian Church (USA).

Kerry Rice, a ruling elder and long-time employee of the Presbyterian Church (USA), has served in the Office of the General Assembly since September of 2007, and as Deputy Stated Clerk since June 2017. Mr. Rice was welcomed by the moderator and invited to address the Assembly. He mentioned that the PC (USA) is preparing for their own assembly next summer in Baltimore. He said that the conversation and debate he has been listening to during his visit sounds familiar as we are grappling with similar issues.

He spoke of gun violence in the US and how his own son was killed in a tragic gun-related accident, and the need for the church to take a lead on this issue. As well, he spoke of the pressing issue of climate change, divisive politics and racism. “North America is changing; the world is changing,” he said. “People of all faiths face daily threats from hate… No one is immune.”

Mr. Rice highlighted the need to ask for God’s guidance. “It is our prayer that together we will impact and tear down walls of racism of hate and built a world of welcome without judgement and violence.”

Mr. Rice commended the PCC for our “admirable and inspiring” work with Indigenous peoples. We pointed out the special relationship between the PCC and PC(USA) and called for us to continue to partner together, to stand together to a be a witness to the love of Jesus.

Report of the Special Committee Regarding Implications of Option B

After significant discussion, a motion was passed to send down to Presbyteries under the Barrier Act that the PCC hold two parallel definitions of marriage, one which understands marriage as a covenant relationship between a man and a woman or as a covenant relationship between two adult persons; and that congregations, sessions, ruling and teaching elders be granted liberty of conscience and action on marriage. The court was reminded that the Committee on Church Doctrine produced papers supporting both these positions.

It was also passed to send down under the Barrier Act that congregations and presbyteries can call LGBQTI people (married or single) as a minster and elect as ruling elders, and there is freedom of conscience on this.

Clerks will work on guidelines and the LMA will create a process for those affected by this decision to express their concerns, views and pain in a safe environment, and that it will be reported back to next year’s GA before the report of Remits under the Barrier Act. As these issues need to go through the Barrier Act, it was decided to hold off on offering this as the response to the sexuality overtures until next Assembly.

The Assembly Council was finished by passing that $200,000 be added to LMA budget for Indigenous ministries and that the funds come from fund transfers. They also approved that 10% from the sale of buildings go to the Native Indigenous Ministries Fund. The 2020 budget was approved and the 2021 to 2023 forecast was received for information.

Recognizing the importance of the issues before the church and the late hour, the LMA proposed to withdraw the motions in their report that had not been addressed. They concerned important matters but were not time sensitive. 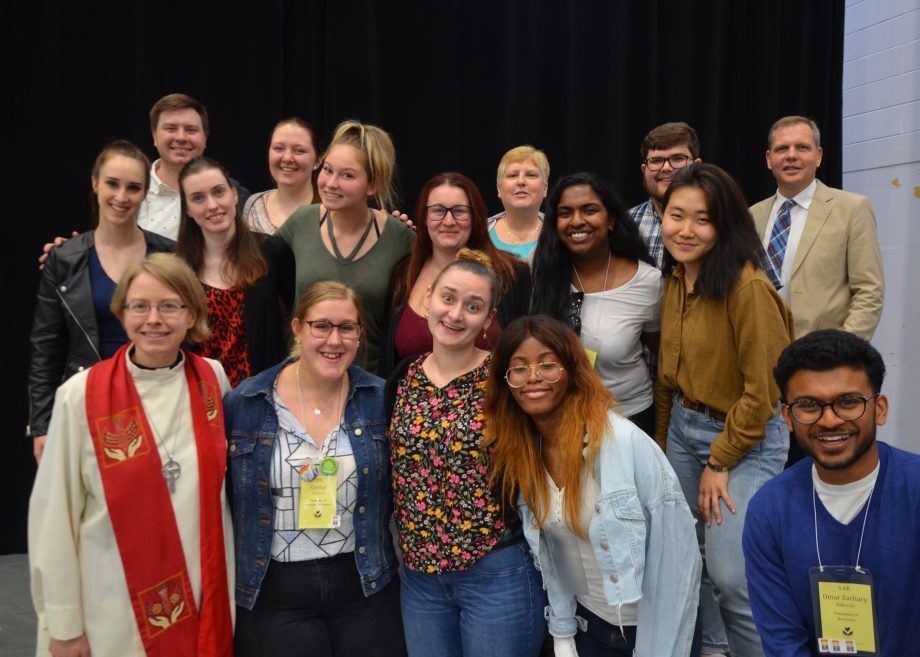 The student representatives from Presbyterian College, Vancouver School of Theology and Knox College shared their impressions of Assembly.

The Young Adult Representatives wrote a letter about their experiences. The letter will be posted online and commissioners encouraged to read it on their way home. Thanks were expressed by the Assembly to the YARs for participating in deliberations.

The Courtesies & Loyal Addresses Committee report was received and a standing ovation was given to express thanks in particular to the Moderator and Clerks of Assembly for their work in leading us through these difficult discussions with grace and compassion.

A moment of silence was offered in remembrance of D-Day and those who gave their lives for our freedom, then the Assembly was closed. Commissioners finished with song and the moderator offered a final benediction.

Return to the GA Main Page