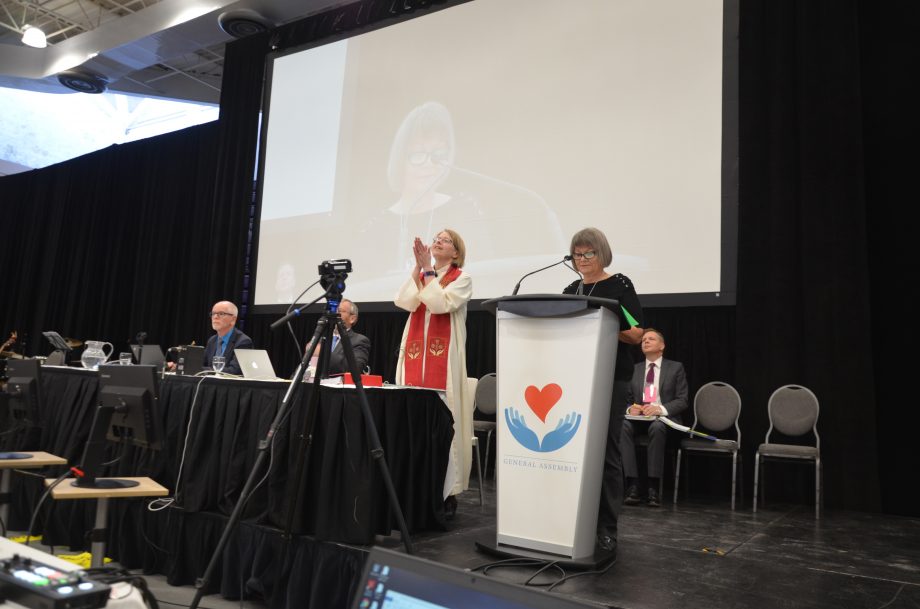 On Monday, June 3, General Assembly began with worship and a reflection from the newly installed moderator, the Rev. Amanda Currie.

The Life and Mission report followed, presented by Cindy Stephenson (Calgary, AB). The report began with a Presbyterians Sharing video showing the church’s work together in Canada and around the world. Commissioners all received copies of the Calls to Action of the Truth and Reconciliation Commission. PWS&D showed a video of its work in the area of global development.

After significant discussion, the Assembly decided to refer the endorsement of the Joint Statement on the Physical Punishment of Children and Youth, which rejects the use of physical discipline for children, to the Life and Mission Agency for further review.

The report of the Ecumenical and Interfaith Relations Committee was presented by the Rev. Matthew Sams. The committee presented recommendations that the Assembly adopted encouraging congregations to:

Peter Noteboom, General Secretary, gave a presentation on the CCC’s work to respond to Christ’s call for unity and peace, seeking Christ’s truth with an affection for diversity, and acting together through prayer, dialogue and witness to the gospel. The Canadian Council of Churches is the broadest and most inclusive ecumenical body in Canada, bringing together representatives from Anglican, Evangelical, Free Church, Eastern Orthodox and Oriental Orthodox, Protestant and Catholic member denominations. At the May 2018 meeting of the CCC Governing Board, the Rev. Stephen Kendall, PCC Principal Clerk, was installed as President.