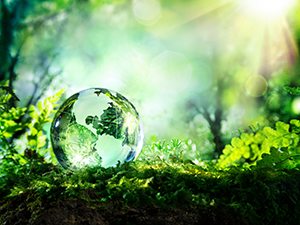 A new resource has been created to mark Earth Day on Saturday, April 22, prepared by the Rev. Dr. Nancy Cocks. This year, come together as intergenerational church community to honour and celebrate the Earth. This fun and educational child-friendly liturgy resource contains an order of service and a play about caring for creation that can be done as part of the worship service by kids in the church.

Background on Earth Day
It was a U.S. senator named Gaylord Nelson who came up with the idea for a “national teach-in on the environment” after witnessing the ravages of the 1969 oil spill in Santa Barbara, California. Hoping to mobilize the politically active student community, he chose April 22 (falling between Spring Break and final exams) as the official date. On that day in 1970, more than 20 million Americans took to the streets—as well as campuses, parks and other public spaces—to demonstrate in support of a healthy, sustainable environment. By the end of the year, the United States Environmental Protection Agency had been created and the Clean Air, Clean Water and Endangered Species Acts had all passed.