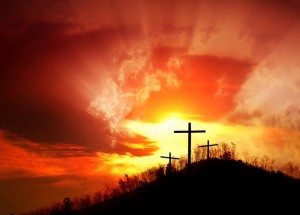 Lent is a time of reflection. This year’s Moderator’s Chaplain recently asked if I had started to reflect on the Moderatorial Year so far. So I am in a reflective mode, thinking about what I have learned over the last eight months. Lent is also a time when people make commitments to take up spiritual practices and that has mixed into my thinking as well.

During a visit early in my Moderatorial year, I became engaged in a fascinating conversation, as the conversation progressed I realized I was slipping into expressing my views, not the views the Assembly had said on the matter under discussion. I was being categorical about a subject, while the Assembly has taken a more nuanced position than the one I was expressing. I realized I needed to be slower to speak.

One of the practices I hope I will be able to integrate into my life as a result of being Moderator is heeding call of James 1:19: “Let everyone be quick to listen, slow to speak, slow to anger…”

I will take the risk of being very pointed: maybe the whole Presbyterian Church could make this instruction from James a call to us this Lent as we seek to be people who live out the patterns of Jesus in our churches, communities, and with our families, friends, and co-workers. The Jesus who invited his followers to turn the other cheek when insulted, and himself did not respond when falsely accused.

God your word brought creation into being and gave humanity the gift of speech,

Teach us, we pray, to listen to others, valuing their words, their stories, their voices.

By your Spirit control our tongues that we may be slow to speak. Teach us to think before we speak, so that we may “Say only what helps, each word a gift.” (James 1:19, The Message)

Remake us this Lent, by the Spirit’s action in our lives, that we might be known as people who are quick to listen and slow to speak.

These things we pray in the name of Jesus Christ.  Amen.

—The Rev. Peter Bush, Moderator of the 2017 General Assembly