Forward toward Freedom: The TRC National Event in Edmonton Concludes 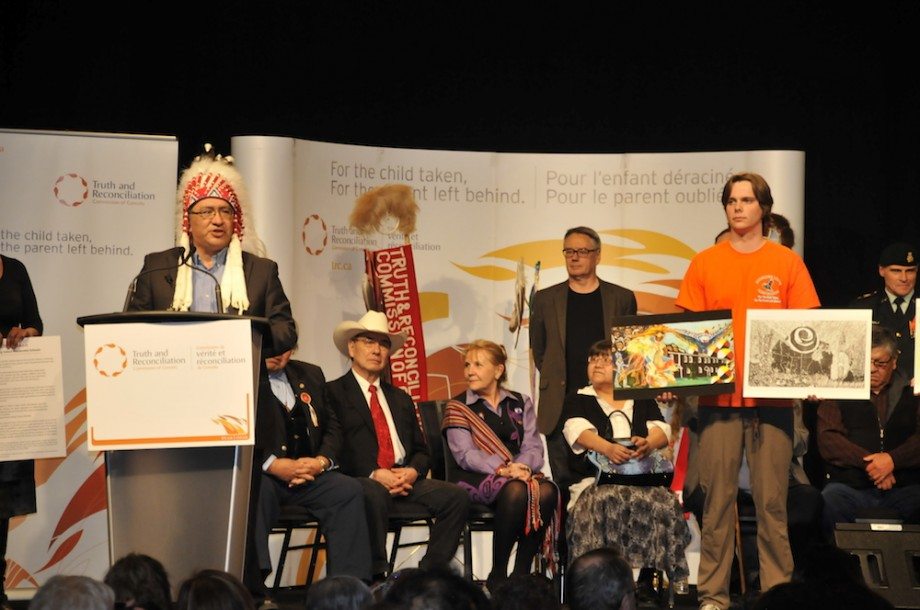 As the seventh and final Truth and Reconciliation Commission national event in Alberta comes to a close, many speakers are taking time to reflect on the journey that has been made. As survivors and their families continue to recount tales of physical, emotional, sexual and spiritual abuse from the Indian Residential School legacy, the time has also come to look to the future. “It’s time for moving forward, forgiving, but not forgetting,” said Gary W.

Gary offered a heartfelt testimony of his experiences as a survivor in a Sharing Circle with church representatives. “When I came out of residential school, I was a very, very angry young man,” he said. “At the residential school is where I first learned to hate,” said another man. Anger, resentment and rage are common words used to describe the legacy left from a residential school experience. “It took me a long, long time to deal with the things that I went through.”

One woman described the anger she felt and, with no one there to help her deal with it, she turned the feelings in on herself. She resorted to alcohol and substance abuse. Gary had a similar experience. “Alcohol helped me forget all the feelings of what I went through,” he said. “I didn’t drink—I poured it down my throat.”

At great personal cost, Gary checked himself into a rehab facility. “By day two, I knew why I drank,” he said. Attempting to drown his experiences of residential school, he was only harming himself. Although he still attended church at the time, “church wasn’t providing what I needed.” He realized that he also needed to connect with his culture, his heritage. “I was so institutionalized that I didn’t know how to think for myself.” But that has changed now. Gary has reclaimed his customs and is a Sundance Elder. He’s an example of wholeness. 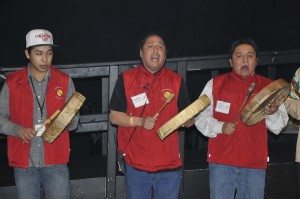 “I didn’t know what I was doing to my family,” said Philip G., in reference to the cycle of physical abuse he was perpetuating within his own family after having been a victim of it in residential school. “I taught the harsh ways to my children too, because that’s all I knew.” But things have changed as Philip has undergone many long years in a journey of recovery. It brought him to a revelation: “It takes love to raise a family. Not harsh punishment.” Philip’s son was 40 years old before he told his father he loved him and, although Philip laments the years lost together, he is hopeful for what is ahead.

“We can, we must and we are choosing to end this cycle,” said one man passionately. “It starts with forgiveness within our own families. Forgiveness not to hold on to the pain and the suffering, and most importantly, to not pass this on any longer.”

A great deal of compassion and understanding is required when listening to the stories from survivors and their families. It’s difficult to sit through the heartbreaking tales of so much loss of culture, identity and innocence. “Open up your ears, open up your hearts,” pleaded Isabelle M. And as each tale is told, like a giant ball of yarn unravelling years of hurt, suffering and tragedy, something happens to help bring about healing. 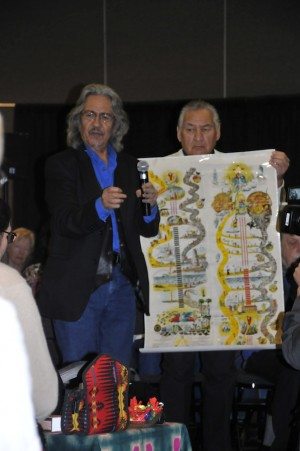 The examples of personal triumph over addiction, self-loathing and hopelessness are inspiring to all. Not everyone in attendance can say they have overcome their experiences, but those that have are like a beacon of light and they fan the flames of hope in others.

“They have not destroyed the Native in me,” said one man proudly, followed by enthusiastic cheers and applause.

Many described their failure to encounter God at the residential schools, despite a childhood of instruction in Christian values and teachings. “Did Jesus slap kids around? No. He loved them,” said Henry L. The fear and pain he felt at residential school didn’t align with what he was learning of Jesus. As well, many encountered strong discrimination for their culture. They came to believe their brown skin was inferior to white skin. One man spoke of a time when, as a child at school with his friends, they tried to scrub their brown skin off. “We thought we’d go white. Instead, we bled.”

“We all come from one Creator,” Henry reminded the audience. “We are all one colour in his eyes.”

The journey many are here to make is one toward peace and freedom. The expressions of anger and pain need to be stated in order to make room for forgiveness, healing and ultimately, true reconciliation with the self and the world. “This is our truth,” said Isabelle. “We were innocent children abused in all the ways you’ve heard over the last two days. In our history books, the Indians are the savages. Well now who are the savages? Those history books need to be burned.”

Acknowledging the past has helped many change their future. “At 60 years of age, I am finally free,” said another man. 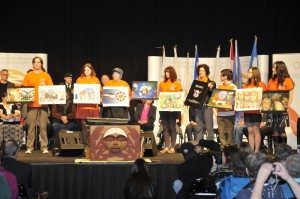 In anticipation of the end of the TRC national events, many of those giving testimonies have turned their eyes to what will come next. They ask all in attendance to carry their stories out into the world, to share the truth of what happened, and most of all, to bring an end to the cycle of pain and destruction. “Survivors don’t want pity, they want understanding,” said one woman.

Justice Murray Sinclair, chair of the TRC, took a moment to address the crowd. “Survivors are those who have prevailed,” he said. “That makes them victors. I want you to know that you are victorious.”

It’s a hard-fought victory to freedom and healing. The many years of suffering are not easily forgotten or overcome. But the journey is well underway and the bonds forged here will not be easily broken.

Gerry W. concluded his testimony with powerful words of hope to those still wrestling with shadows cast long ago: “I’ve learned how to look at myself and say ‘I love you.’”

For questions or comments about the TRC event, contact Barb Summers, Associate Secretary for Communications.